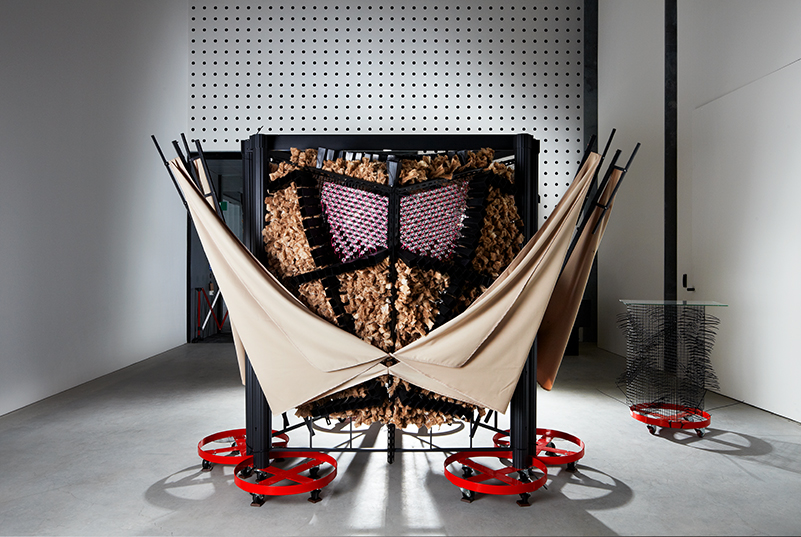 It’s always a great opportunity to photograph one of the creations by Matthew Bird from Studiobird. The Forever Gazebo is a prototype for Matthew’s future home and was part of his final PhD exhibition design. The free standing gazebo structure was built off site and installed at RMIT’s Design Hub Gallery. The lighting brief was to play on the theatricality of the design and separate the gazebo from the overall gallery light. I was lucky enough to have a few hours to document The Forever Gazebo. 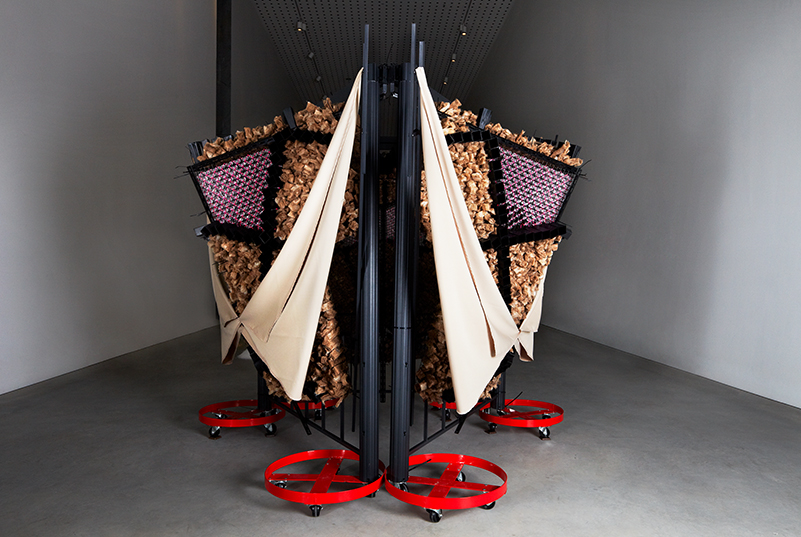 A little background to the project by Matt Bird:

“The Forever Gazebo manifests as the first in a series of experimental projects leading to the construction of my future, forever home. My intention is to physically build my home and these developments are designed to test concepts of handcrafted dwelling, experiential space, architectural form and materiality.

This first experiment assembles a range of interests/ references from nomadic habitats such as primitive huts, teepees and caravans combined with the platonic form and patterns of late Architect Bruce Goff’s residential projects and abstractly my interest in intergalactic traversing meteorites and their embodied mysterious/ exotic characteristics. 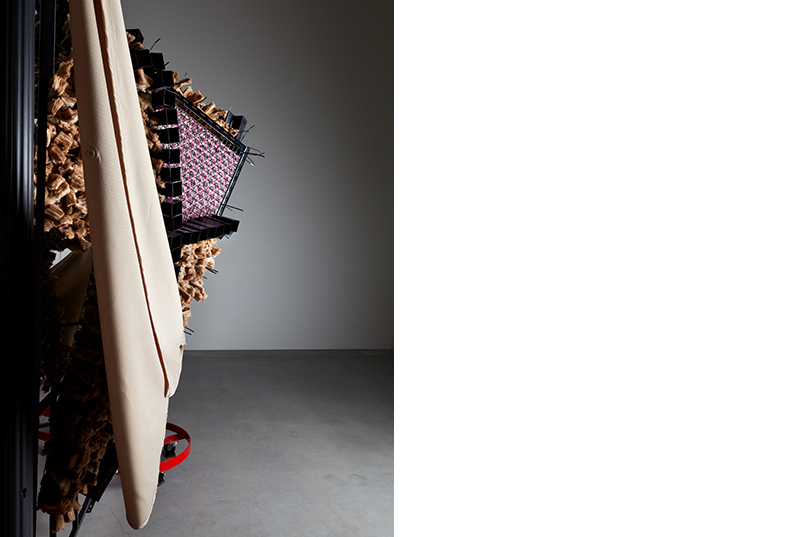 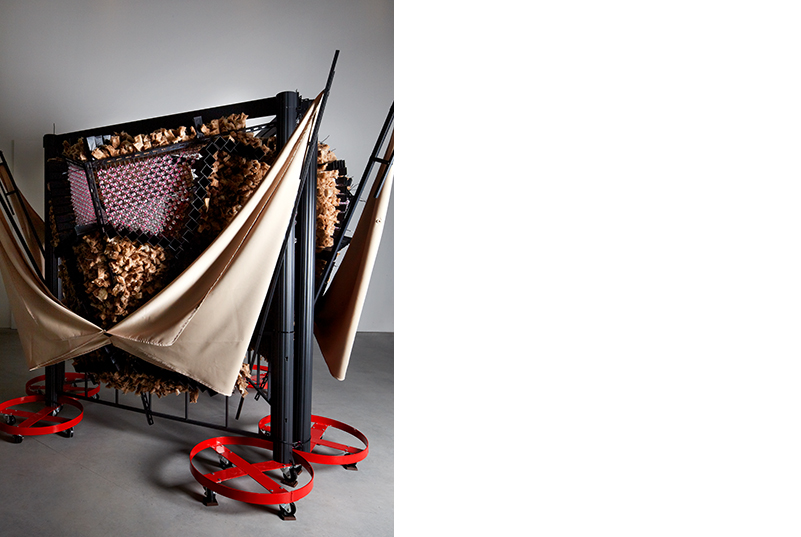 The Gazebo’s form is built from the re-assembly of an ‘off the shelf’ hexagonal gazebo with supplementary mesh screens furnished in a range of woven and cable -tied materials of wool insulation, seedling containers, plastic beads and fluro pink brickies line. The Gazebo is made mobile with the structure resting upon six red drum trolleys, together with the flexibility to open and transform into a series of room dividing screens. 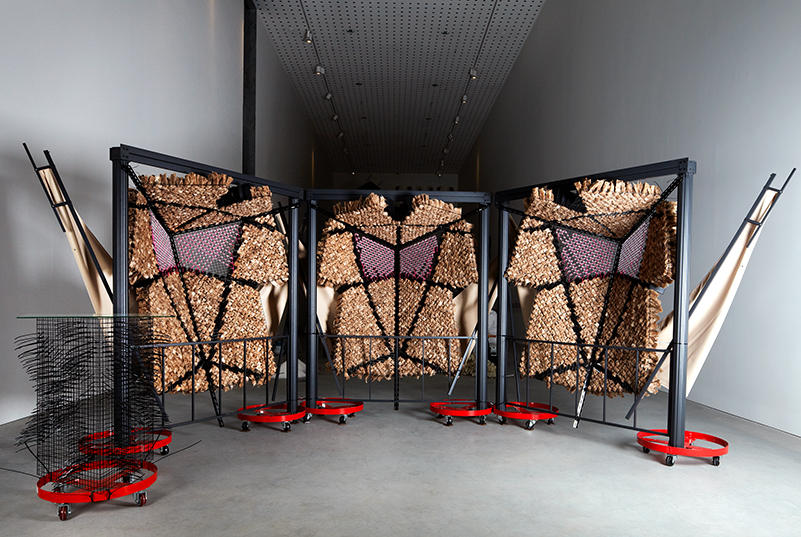 The Forever Gazebo’s interior composition is angular with woven padded walls articulated in complex geometric shapes and highlighted with shimmering beaded apertures. There is no roof, rather a star-shaped opening that offers a defined view to the world above. On reflection The Gazebo can be defined as an architectural folly as it has been deliberately built as an ornament, built for pleasure and does not pragmatically work as its name suggests- an outside shelter or gazebo. 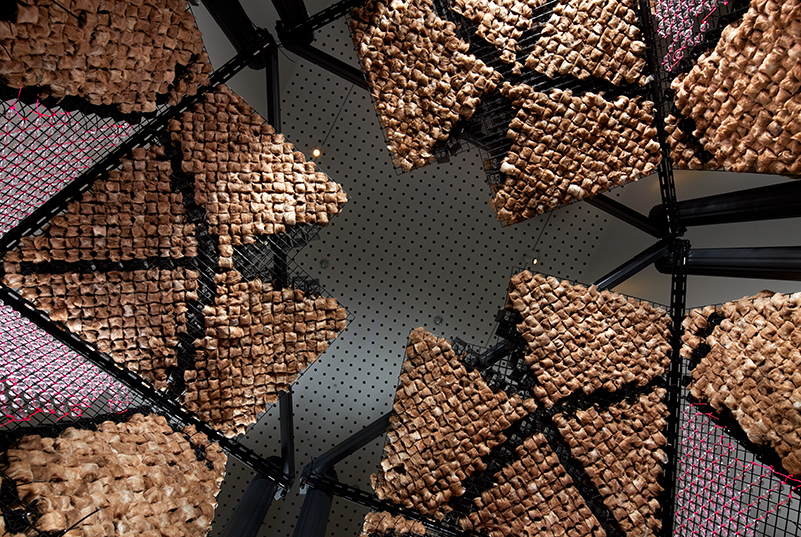 The Gazebo is the first 1:1 scale materialisation of my future home, testing potential and exciting experimental uses of material and form. The result questions the value and testing of ‘dwelling’ – purposely avoiding any sense of the suburban beige box rather acts as a prototype of the potential realisation of a home that is a customisation/ assembly of the occupants own interests, requirements and desires.” 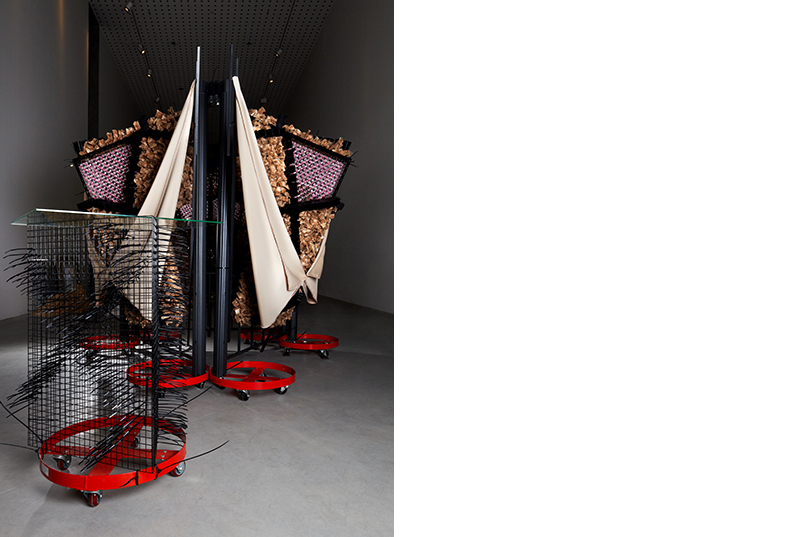